Hello! Yesterday, I was giving my Perl 6 Intro course at the German Perl Workshop in Gummersbash. It was a great pleasure to prepare and run this one-day course, and, while it was difficult to cover everything, we touched all main aspects of the Perl 6 language: from variables to regexes and parallel computing. Of course, it was only a top-level overview, and there was not enough time to make all the exercises. You can do them at home, here’s the Perl 6 Intro – Exercises PDF file.

Among the rest, we tried to implement the sleep method for integers. The rationale behind that is that it is possible to say:

OK, so let’s first implement the simplest form of sleep for Ints only. Go to src/core/Int.pm6 and add the following:

Here’s a photo from the screen: 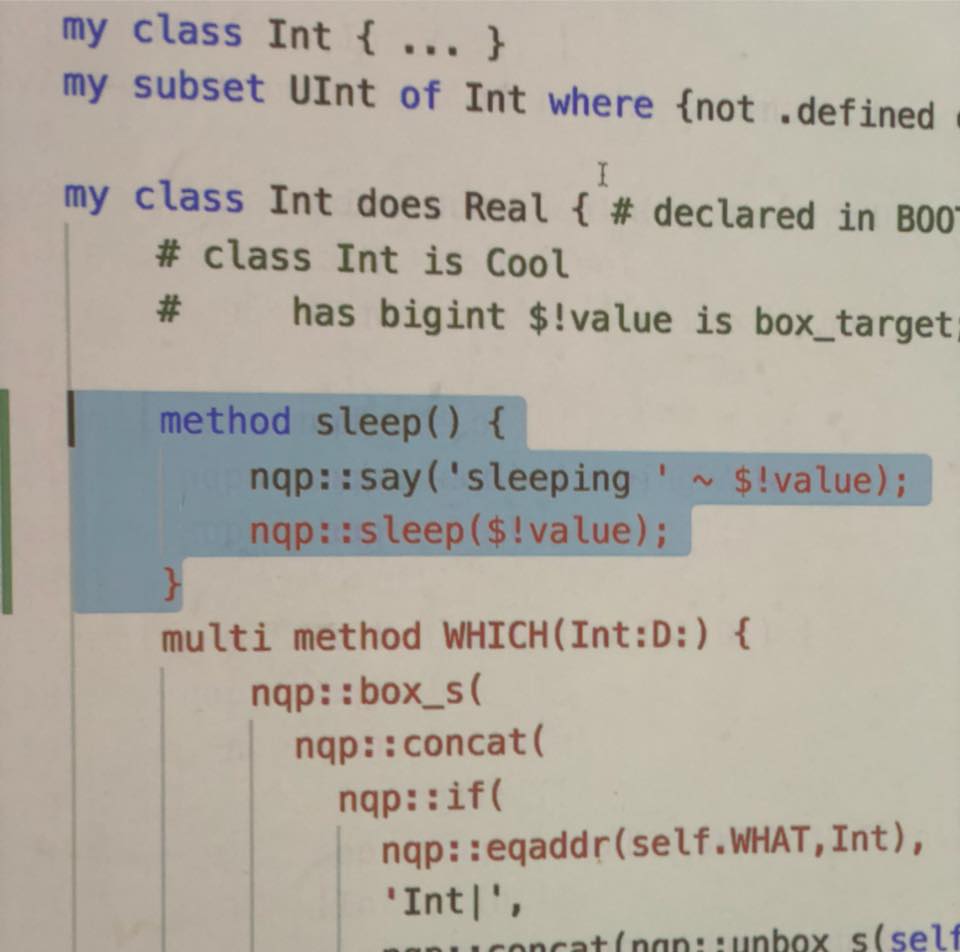 There is no declaration of the $!value attribute in this file, but we know that it can be found somewhere in Perl6/Metamodel/BOOTSTRAP.nqp:

What can be changed here? The first idea is to allow non-integer numbers as the delay duration. As Int does the Real role, just move the method to src/core/Real.pm and get the value using the Num method instead of reading $!value directly (there is no such attribute in the Real role):

Now it also works with rationals and floating-point numbers:

Before wrapping it up, let us take a look at the body of the sleep subroutine. It is defined in src/core/Date.pm6:

The code is very clear and does not need any comments.

And maybe just to see why our modified Rakudo printed the time after sleep in the tests above, let’s refer to the documentation of NQP to see that its sleep function’s return value is the number of seconds:

Get the up-to-date statistics over the world, per country- and region-level, detailed graphs, etc.